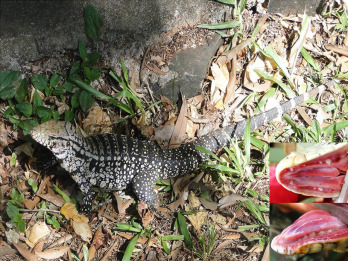 An Attack by a Teiidae Lizard (Tegu) on a Human: Is There a Pattern of the Injuries?

Published:April 30, 2015DOI:https://doi.org/10.1016/j.wem.2015.03.018
An Attack by a Teiidae Lizard (Tegu) on a Human: Is There a Pattern of the Injuries?
Previous ArticleAcute Stress Symptoms Among US Ocean Lifeguards
Next Article

We are thankful to Gerson Rodrigues do Nascimento, Divino Gonçalo Justino, and Flávio da Silva of the Bauru Zoo and São Paulo State University, Brazil, for images of the lizard.