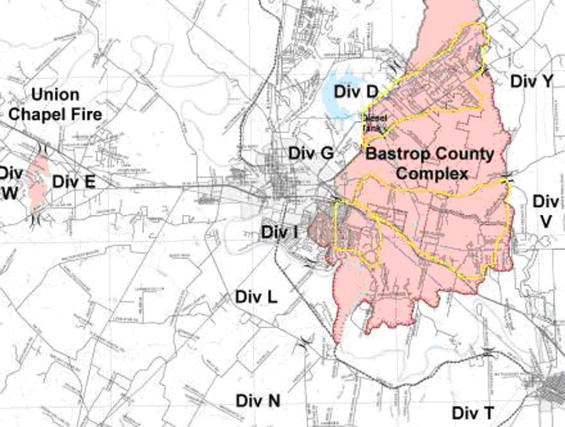 Use of Human Remains Detection Dogs for Wide Area Search After Wildfire: A New Experience for Texas Task Force 1 Search and Rescue Resources

In September 2011, wildfires in Bastrop County, TX, were the most destructive in the state's history, consuming more than 34 000 acres (13 759 hectares) and more than 1600 homes in the process. The wildfires began by consuming more than 30 homes across 2 miles (3.2 km) in 17 minutes, raising the fear that local residents may not have had sufficient time to escape the conflagration. Texas Task Force 1 deployed for a new mission, the search and recovery of human remains. Although there have been other larger and more widespread fires in the past, it was the speed at which this fire spread that created the environment requiring such a search. The mission was focused primarily on human detection, searching an area almost 72 square miles (186 km2) between September 7 and 11, 2011. To our knowledge, never before have human remains detection dogs been tasked with such an undertaking. Lessons learned from this event will educate all levels of government agencies, emergency medical services, fire departments, law enforcement, utilities, veterinary services, and search and rescue/recovery activities in the future. The utilization of human remains detection canines integrated with search teams trained in larger scale events is one such area that will benefit from this experience, with a final area searched of 15 598 acres (6312 hectares).

The Texas Task Force 1 Urban Search and Rescue (TX-TF1) has been called on by the Governor of Texas to respond many times since its development to help the people of Texas and the United States at times of need. In September 2011, wildfires in Bastrop County, TX, proved to be a new experience for a number of reasons. Not only did this prove to be the most destructive wildfire in Texas's history, consuming more than 34 000 acres (13 759 hectares) and more than 1600 homes in the process, but it began by consuming more than 30 homes across 2 miles (3.2 km) in 17 minutes.
1
Texas Forest Service
http://txforestservice.tamu.edu/main/default.aspx
The fear of local residents not having sufficient time to evacuate themselves from the oncoming conflagration resulted in the deployment of TX-TF1 for a new mission, search and recovery of human remains. Although there have been many other larger and more destructive fires in the past, particularly the wildfires destroying so much of southern California in 2003, it was the speed at which this fire spread that created the environment requiring such a search. The scope and magnitude of the Bastrop wildfires were beyond any mission focusing primarily on human remains detection by the team, searching in an area involving almost 72 square miles (186 km
2
Texas Task Force 1
http://www.texastaskforce1.org/
) from September 7 to 11, 2011. To our knowledge, never before have human remains detection (HRD) dogs been tasked with such a detailed search for human remains of such a large area of scorched geography, with a final area searched of 15 598 acres (6312 hectares).
1
Texas Forest Service
http://txforestservice.tamu.edu/main/default.aspx
,
2
Texas Task Force 1
http://www.texastaskforce1.org/

When entering new territory, lessons are always learned as to how to plan for and conduct a mission. The Bastrop wildfires proved to be no exception. The exact extent of the mission was unknown until after our arrival to the BoO and the first foray into the AO, and a more complete determination and deployment of canine resources ensued. Multiple factors were identified that would affect the effectiveness of the canines during this mission, and included geographic, environmental, and operational factors (see the Table). Although preemptive actions were taken to prevent or mitigate the effect of many of these factors, some were unavoidable. Of greatest importance was the requirement to execute the mission in as rapid and safe a manner as possible, requiring a physical demand placed on the canines not previously experienced (Figure 4). The factor for which the least could be done to either prevent or mitigate was the ubiquitous presence of ash and dry ambient air to which the canines were continuously exposed, enhanced by their closer position to the ground.
TableFactors affecting canine endurance
The continued preventive medicine approach used in monitoring human activity during TX-TF1 deployments was applied to the HRD canines during this mission, and proved very effective in enhancing the canines' ability to remain operational in a safe manner. The summer heat wave and scorched earth posed significant obstacles to conducting the search while optimizing safety of the canines and humans. Standard practices of continued monitoring of the task force members was emphasized to include several medical assessments during the day by the task force Medical Section and the VET as well as continuously by task force Medical Specialists in the field. Strict adherence to medical and veterinary surveillance likely prevented more serious injuries to the dogs, particularly their paws. The premission and repeated hydration via intravenous catheters was found to be more expeditious and better received by the canine handlers and dogs than using subcutaneous injections given the amount of hydration required in this environment. As this was the first deployment of the VET with TX-TF1, no formal standard operating procedures or field operating guidelines had been established, but are in the process of being developed.
The Bastrop wildfires were the most destructive fires in Texas's history, and were a unique event in wildfires owing to the speed and extent of the conflagration. Government and academic agencies are conducting investigations of the Bastrop wildfires to determine whether either such an event can be prevented or its effects can be mitigated in the future. In addition to the massive firefighting efforts, the scope of the search for human remains on the scale undertaken by TX-TF1 has never before been attempted. Lessons learned from this event may benefit all levels of government agencies, EMS, fire departments, law enforcement, utilities, veterinary services, and SAR activities in future endeavors. The utilization of HRD canines integrated with search teams in larger scale events is one such area that will benefit from this experience.

We would like to express our appreciation to Jeff Saunders, Chief of Operations for TX-TF1, for the support and guidance in the development and preparation of this article; Lori Gibson, DVM, MA-TF1; and Teresa MacPherson, Chair, VA-TF1, FEMA US&R Canine Sub-Group for their support and comments as well as enthusiasm in the use of canines for SAR.