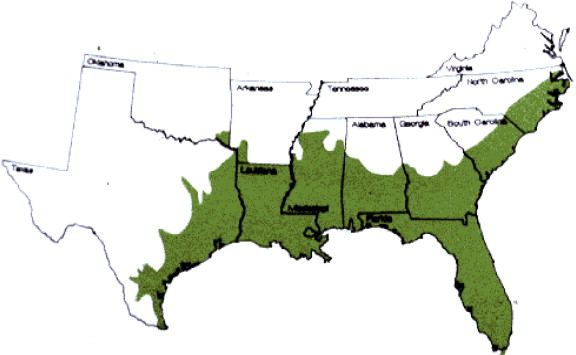 Adverse Encounters With Alligators in the United States: An Update

DOI:https://doi.org/10.1016/j.wem.2010.02.002
Adverse Encounters With Alligators in the United States: An Update
Previous ArticleWilderness Medical Society Consensus Guidelines for the Prevention and Treatment of Acute Altitude Illness
Next ArticleWhat's Your Diagnosis?

Telephone interviews were conducted with state wildlife offices in all Southern states in order to collect information on the number of alligator bites, nuisance calls, and the estimated alligator population of each state. Detailed information from alligator attacks in Florida is presented, including basic demographic information on the victims and description of the types of injuries and the activity of the victim at the time of injury. Additional information regarding the size and behavior of the alligator involved in the attack is also provided in many cases.

There have been 567 reports of adverse encounters with alligators with 24 deaths reported in the United States from 1928 to January 1, 2009. In addition, thousands of nuisance calls are made yearly and the number of nuisance calls as well as the alligator population is increasing in many states.

Injuries from encounters with alligators may range from minor scratches and punctures to amputations and death. The larger the alligator, the more likely that serious injury will occur. As the human population encroaches on the habitat of the alligator, attacks and nuisance complaints will continue to occur. A uniform reporting system among states should be developed to obtain more complete information on alligator encounters. Guidelines have been developed by many state wildlife officials to reduce adverse encounters with alligators.

Officials with Divisions of Environment(al) and Natural Resources or Fisheries and Wildlife from each of the 12 states noted above were contacted by telephone and asked the following questions: How many cases of alligator attacks on humans were they aware of in their state? How many nuisance alligator complaints do they receive annually? What is the estimated alligator population in their state? Reports of alligator bites from previous surveys
5
Alligator attacks on humans in the United States.
Wilderness Environ Med. 2005; 16: 119-124
,
17
Alligator attacks on humans in the United States.
Herpetol Rev. 1997; 28: 120-124
,
18
International Shark Attack File (ISAF)
A Comparison of shark attacks and fatalities with the American alligator (Alligator mississippiensis) attacks and fatalities in the U.S.: 1948-2005.
http://www.flmnh.ufl.edu/fish/sharks/attacks/relariskgator.htm
were also evaluated for additional cases of bites or attacks that current state officials may not be aware of as different personnel may currently be responsible for handling alligator complaints. The Florida Fish and Wildlife Conservation Commission provided a detailed spreadsheet on alligator encounters reported since 1928 (written communication with Blair Hayman and Alan Woodward, Florida Fish and Wildlife Conservation Commission, January 16 and August 14, 2009).
An adverse encounter with an alligator, whether provoked or unprovoked, is defined as a bite, scratch, or scrape onto a person or item of clothing or gear worn by a person. Basic demographic information on the victims injured in Florida obtained by the investigating wildlife officer included race, sex, age, month of injury, and time of day injured, location where attack occurred, and use of drugs/alcohol by the victim. Additional information gathered about the alligator and circumstances surrounding the attack included the following: length and weight of alligator (measured or estimated); the sex of the alligator (as determined by the investigating Wildlife officer or trapper); the behavior of the alligator assessed by a Florida Fish and Wildlife Commission biologist; whether alligators were known to have been in the area of attack; whether dogs were present at locality at time of attack; whether the alligator was observed by victim or witnesses prior to or during the attack; human activity at the time of injury; whether the incident was provoked; and the behavior of the attacking alligator categorized by witnesses or reporters immediately prior to attack. In cases where the alligator was not observed, the investigating officer evaluated the victim's statements, and whether the wound was consistent with an alligator-associated injury.
Various information collected on the victims' injuries included information on the bite type (provoked or not), physical location of the first and subsequent bites on the victim, part of the body bitten, type of injury sustained, and severity of the injury.